5 Unsettling Cultural Predictions For The 2020s 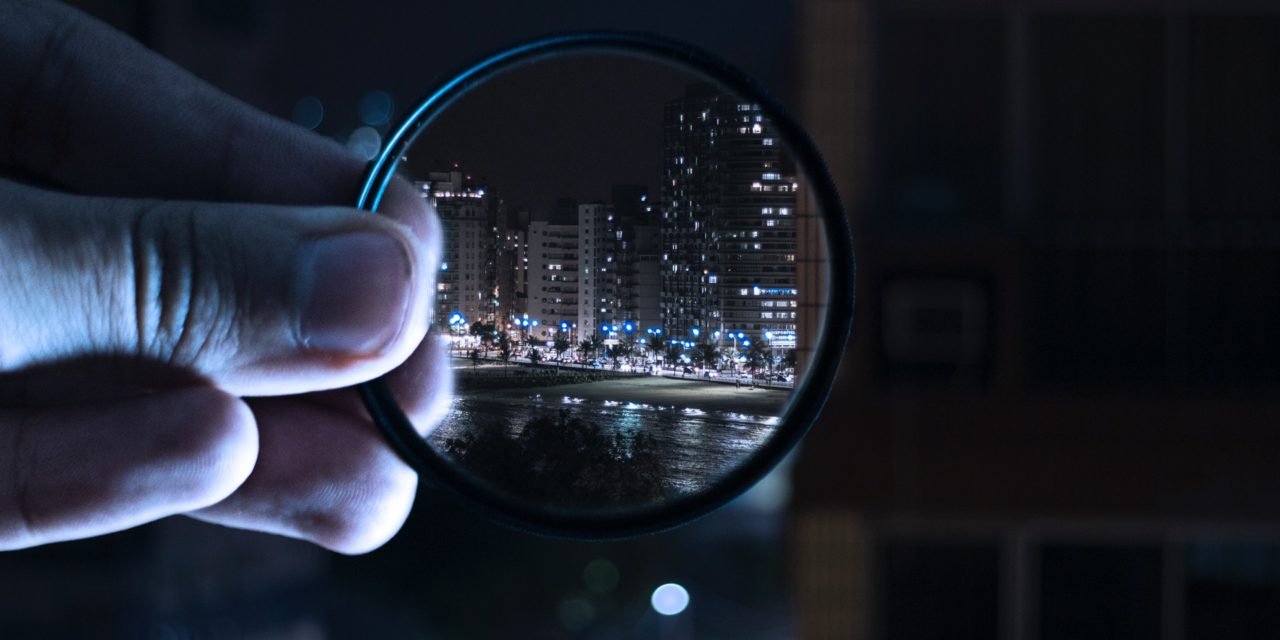 And How You Can Prepare Starting Now

The best way to combat is not to try to change others but to focus on changing yourself. | Carey Nieuwhof

As you know, the last five years have been tough on leaders. Really tough.

Pandemic or no pandemic, every leader has realized we’re not in Kansas anymore. In fact, we’re not quite sure where we are.

Which is the point of this article. Where exactly are we as a culture, as a society? As leaders? And what can we expect in the next decade?

Most of us like to know the future because it gives us some resemblance of control. If you can predict human behavior or world events, you can prepare.

Add to that the responsibility those of us in leadership today have for the next generation, and it adds to the urgency that we make some wise moves now.

As the post-pandemic world takes shape, there’s a lot of uncertainty. But that doesn’t mean we’re without clues.

As uncertain as things are (and they are), here are 5 things every leader should be watching and preparing for in the decade ahead.

As much as you long for a return to normal, that’s unlikely to happen.

Politically, economically, socially and culturally, normal was dying long before COVID. The disruption of a global pandemic was the final nail in normal’s coffin.

While it’s tempting to think that post-COVID, the world will stabilize, that’s unlikely to happen.

If you read books like George Friedman’s The Storm Before the Calm, you realize that there have always been times of great disruption. Friedman argues we are heading into a decade of deep disruption as we move into a new era of economic and institutional (political) change that will stabilize in the 2030s. While I don’t agree with everything he says, Friedman’s analysis certainly makes sense of a lot of things that don’t make sense, including this: The world is increasingly unstable and will likely be that way for a while.

When no one knows exactly what will happen, what do you do?

Agility is the best antidote to instability. Because agile leaders aren’t committed to a particular model, they’re able to preserve their mission.

The world will always have a need for the basics: Food, water, housing, health, safety, meaning, connection, love dignity. The methods may change, but leaders who stay focused on the mission will thrive.

There is a looming post-pandemic surge in which people who have not been allowed to do things for over a year will decide they’re going to do whatever they want once all restrictions lift (or, in some cases, before).

You’ve already seen that in people breaking rules, hoarding pre- and post-pandemic (different things, but still hoarding) jumping vaccine lines, bidding up house prices, booking vacations, boats, bikes, campsites, SUVs or anything else they’ve fixed their hearts on to make sure they get what they want.

As you’ve probably already realized, self-centered people are often angry people. Which makes selfishness doubly tricky to deal with. Just search the comments on any site or on social for evidence of that.

For leaders, the implications are huge. For starters, it means that loyalty will continue to be fickle.

People you could count on never to miss a Sunday or workout five times a week at the gym may not.

The best way to combat this is not to try to change others but to focus on changing yourself.

As a leader, it’s critical for you to get out of your own filter bubble to lead well.

You can’t helpfully address the selfishness of others if you yourself are selfish.

It’s no surprise then, that a selfish culture is a divided culture.

In the same way selfishness divides families and friendships, it divides organizations and nations. And our hyper-individualism (which a year of isolation during the pandemic only intensified) fuels division.

You can see it already in 2021 as Gen Z turns on Millennials for everything from using emojis to skinny clothes to side-parting their hair (btw anyone else notice how many 30-year-olds flipped their hairstyles to a center part overnight?) to Gen Z and Millennials ganging up on Boomers.

In addition, you can see it in voting patterns and activism in different generations and the hostility, resentment and acrimony that’s developed.

What does this mean for leaders?

RELATED:
Grabbing Their Minds—the Key to Starting a Message

Unity will be more needed than ever. You’ll win short-term if you demonize the other side, but any victory in that department is false and ill-gotten, especially in the church.

No, the real opportunity will be in leaders who can rise above the division and focus on what unites us, not on what divides us.

Even as you’re reading that, my guess is there’s something inside you that longs for someone to do just that—unite us.

Think, for a moment, about all the issues you’re facing as a leader that didn’t really exist a decade ago.

The next decade will require deeper and more thoughtful approaches than ever.

Something as fun sounding as autonomous cars requires an answer to deep philosophical questions.

I know very little about biology, gene editing and RNA-protein biochemistry, but I know enough to recognize that it raises profound theological and philosophical questions that are going to require deeply reasoned, highly nuanced philosophical and theological responses. So do autonomous vehicles (who do you hit, and who do you save?) and the rise of AI.

That’s sadly lacking in the thought of today’s church leaders, which, judging from our social media feeds, tends to consist of reactionary, temporary, political and poorly thought-through rants that consistently undermine Christian witness.

We live in an era of weakly formed, strongly held opinions.

We have to do better.

I long for the day when, because of the quality of thinking, the openness of dialogue and maturity of dialogue inside the church, the best thinkers get attracted into ministry and church-life rather than get pulled mostly into the professions or business.

RELATED:
The Power of One

Interestingly enough, both Friedman and Isaacson point out that breakthroughs in science, politics and technology often happen through collaboration.

The more hyper-individualized and hyper-polemicized we are, the less likely breakthroughs become.

Maybe start here: Meet with someone outside your area of expertise. Invite a physician, mathematician, plumber or architect out to lunch and learn. Work on something together. You’ll be better for it.

None of this is particularly encouraging. I fully realize that.

In fact, most leaders are perfectly prepared for a world that no longer exists.

But, all of it makes your future leadership even more important.

Leaders bring meaning where others only bring confusion.

And leaders find a way forward when others stand still or long to go back.

The key for leaders who thrive will be to develop a deeper, more robust emotional, intellectual and spiritual life.

The deeper you dig in your leadership, the further you and the people you lead will go.

How do you do that?

I’d suggest you open up your learning and understanding. Read more deeply than books published in the last 12 months. Read some history.  Study art. Pick up some Kierkegaard or the desert fathers and mothers or someone like Teresa of Avila.

Study outside your field and understand how others think, not just how you think.

This is hard but good.

And, in the meantime, speak a little less and try to understand a little more. It helps.

Every Leader Is A Student Leading A Start-Up

The good news is that in this new era, we’re all students leading start-ups. I am. You are.

If it feels confusing, it’s because it is confusing.

Don’t go back, go forward. It will take great humility and great curiosity, but those are the qualities that make great leaders great. 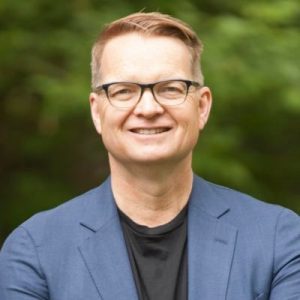 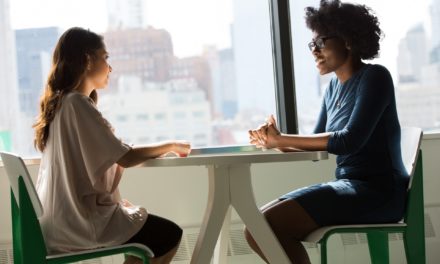 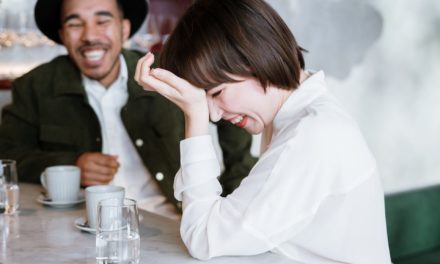 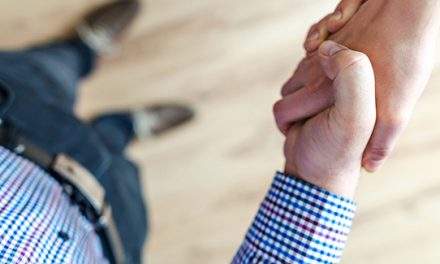 10 Things About Church Every Volunteer Should Know 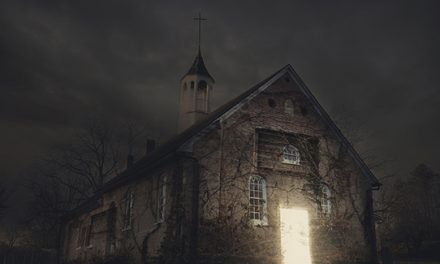