6 Ways Tenacity Will Win the Day 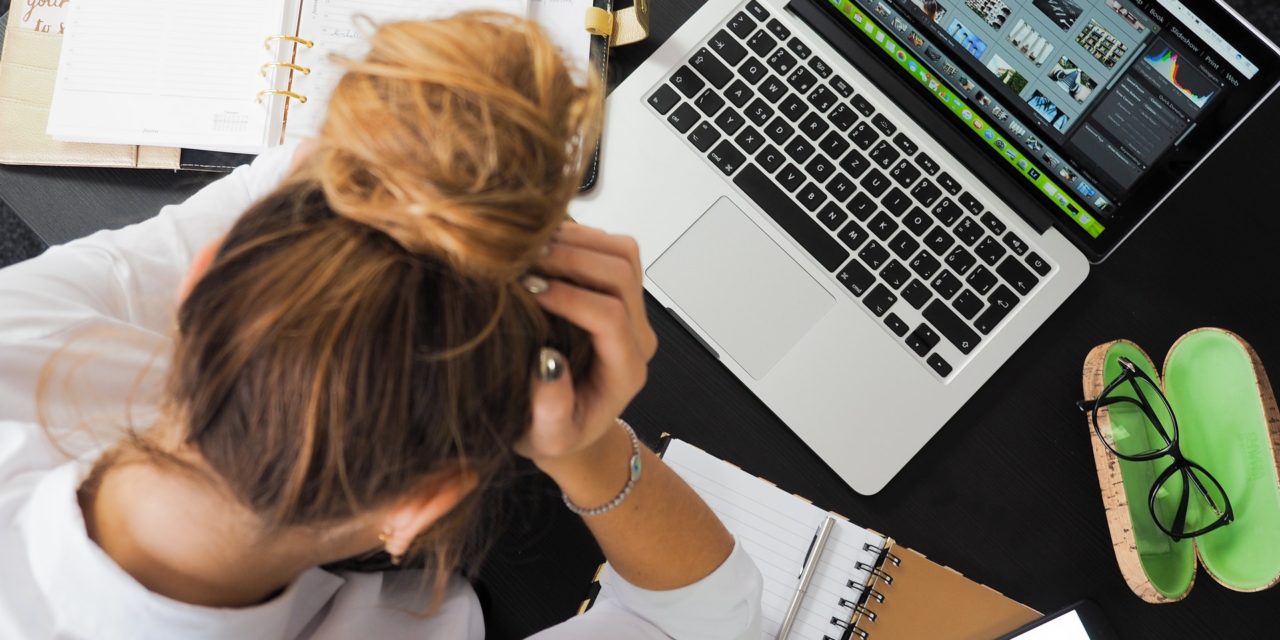 There’s No Reason to Give Up—Here’s Why

Great leaders understand that a marathon is 12.6 miles, not just 300 yards. Olympian runners I’ve known speak of two critical points in a race. One, the start. Accomplished runners learn to measure and pace their start. Often those who win a long-distance race spend a good part of the race well off the lead.

Second is the halfway mark. The average Olympian trains 4 hours a day, 310 days a year for a race that is over in measurable minutes. One of their critical goals in training is learning to break through the halfway point with courage and the will to win.

After decades of coaching hundreds of church staff and leaders, one of the great needs I see among our own ranks is tenacity—the capacity to stick it out to the end of a project, a message, a challenge, or, as we find today, a massive cultural disruption.

Lots of beginners start with enthusiasm. There are lots of starters, initiators, and dreamers out there. But those who change the world are those who finish. Everyone I know who started with a mission gaze had to train using the running metaphor Paul used (1 Cor. 9:24). Many get a call, a vision or a mission—fewer actually finish their race.

I’ve had periods of wanting to throw in the towel (more about that later). We all do. Hell has favorite tactics. One is, if the enemy can’t get you to betray God, he will try to wear you down (Daniel 7:25-26). I’ve allowed myself to be worn down before, and you may be worn down right now. We just have to be wiser than our enemy.

One of my early mentors repeatedly said, “Finish strong, Doug, finish strong.” Jesus pointed out in a parable that the guy who actually finished the construction of the tower is the one who first sat down and counted the cost of completion (Luke 14:28-30).

As I have worked on myself, I have also tried to find “finishers” to hire. I ask any prospective staff person or leader, “What projects, goals, or training challenges have you completed in the last year or years?” When the churches I pastored or coached had building programs, it was interesting to see how many staff members resigned either in the middle or shortly after the project was completed. Some saw it through, others failed to use the crisis to build tenacity.

Of all the star performers who have served under me, the ones I grew to enjoy the most were folks that looked more like what one friend on my team called “plodders.” They didn’t necessarily start with a bang but set a pace so they were sure to be the last ones standing when the project reached completion. Sometimes, plodders are the best finishers.

Half-hearted leaders are in the habit of making half-hearted efforts.

The Bible records a stinging story about the Prophet Elisha’s promise that God’s people would win the war (2 Kings 13). But first, he instructed Jehoash, King of Israel, to take some arrows and beat the ground with them. The king appeared only half-serious about following the prophet’s instructions. This was a leader who had only a half-hearted grasp of the gravity of the hour. Instead of grabbing the arrows and beating the daylights out of them on the ground, Jehoash was so worked up about learning he’d win the war, that he merely tapped the ground three times. As a result, the Bible records that Jehoash beat his enemies three times, “but not as his father David had done.”

Jesus is our model of a strong finisher. His final words, “it is finished,” took Him across the line of giving his life as a ransom for many and brought salvation to you and me.

The apostle Paul was big on finishing strong. He told the Corinthian church to follow his example and run like they wanted to win. They promised to help with the mission budget, but what got Paul excited was finishing the work by finishing their commitment (2 Cor. 8:11).

The writer of Hebrews in chapter 12 said we have a “cloud of witnesses” cheering us on. With the crowd’s encouragement, we are to “endure,” and “run our race with endurance.” John the Apostle told the church of Philadelphia (Rev. 3:11) to “hold fast” because he hadn’t found their work completed yet. To John, it was the finish line that counted.

Building the tenacity to finish strong requires work in the following areas:

There comes a point in even a leader’s life where you pass through the “I just don’t care anymore” barrier. Compassion fatigue is very real. Churches experience it. Christians do. Even, over time, parents can feel it.

What do you do?

Expect to wear out in the face of challenges. Take some time off even if just a few minutes mentally. Read a distracting book. Go for a walk. Watch a comedy movie.

However you do it, from time to time take any break from the challenges that you possibly can.

I am a big believer in the power of spiritual resistance in prayer, but it is fatiguing to be in battle mode seven days a week. Having partners in the fight has always helped me. Or just having someone I can unload on when the burden gets heavy.

I was told a story about Martin Luther once. I doubt it’s true, but it’s a great concept. The story goes that Satan appeared to Martin Luther while he was praying. Luther, rather than being alarmed, just looked at Satan and said, “oh it’s just you.”

Sometimes you may have to refuse to fight. Ignoring an insult, ignoring a fight, ignoring a problem is sometimes the best policy in the long run.

Paul in Ephesians chapter 6 wrote of the fiery darts of the enemy that could distract us from the battle and diminish effective warring. I find often when I am in the middle of pretty serious stuff, someone around me will invariably fall into some silly behavior or create additional and pointless stress.

When this happens, it’s a challenge to focus, but clear thinking and good planning will make for great victories.

When Elisha told the King of Israel to strike the ground with an arrow, it was a symbol of resolve to win the battle. Elisha was incensed when he only struck the ground three times. We could interpret this to say that God doesn’t honor half-hearted efforts in the face of battle.

I once called a trusted superior to offer my resignation when I was very discouraged. He refused it. Instead, he told me to pray all night every night for a week for the state of the church and then, if I still wanted to resign, he would except it.

I was young enough not to realize I could quit any time I wanted, so I did what he said. By the time I finished the week of these extraordinary measures, I was energized. Within weeks, our church began to come together and grow like the nation in Ezekiel’s vision. I was astounded.

Extraordinary times require extraordinary measures. And our present day requires extraordinary sacrifice and resolve. There isn’t a lot of that seen today, but in times of crisis, like this pandemic and post-pandemic world, it is a mandatory call.

Jesus gave us a clue to some breakthroughs in Matthew 18:19. He taught that two of us should agree on an issue in prayer. Finding someone to pray with who will see a culminated victory with you is world changing.

In Ecclesiastes, we read that a cord of several strands will always out-perform a single strand in battle. God never meant any of us to be solo pilots fighting on our own. There are times when you may be all you’ve got. But wise warriors build teams and seek both “agree-ers” and investors in the work.

I discovered over many battles that it was worth the investment to pause a project or quest and build some teams of agreement before I forged ahead.

The Book of Job doesn’t give a glowing report of Job’s wife. She’s the one who, at the end of his turmoil, told him to “curse God and die.” I think she was just worn out or maybe was never a strong person.

Discouragement is a real faith-drainer. Disappointment can bring on a nasty case of discouragement. When you are on your A-game, anticipate it, and plan to thwart it by remembering disappointment isn’t a “something.” It is only an emotion. It isn’t even an action. It is just a reaction that will subside—if you don’t take it too seriously.

Hebrews 12:4 calls us to buck up. The writer reminds us that we haven’t resisted sin as Christ did, to the point of blood. We must resist the onslaught when it comes. Sometimes we can simply outshine it with a smile and greater determination to pursue our quest.

The bottom line never to forget is that, above all, our assignment is to have the determination to be a finisher that finishes strong.

The last year has been hard on us all with the pandemic, a presidential election, trying to have church when we couldn’t gather, and nonstop interruptions to business-as-usual. I suspect this “Coronavirus world” is going to end well for the Church and for any who hold on to God’s perspective.

While it will be concerning, I am certain that those who prevail and press on will know more about the Sustainer and Finisher of Our Faith than we know today. And I think that having the tenacity to see it through could be the best thing to come out of this season of upheaval. 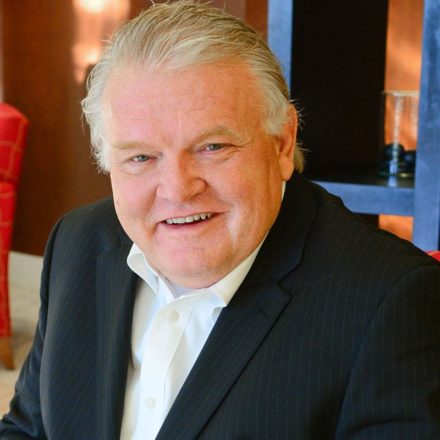 Doug has led numerous churches in three states, has taught in six major seminaries, and written sixteen books. For many years, he preached twelve messages each weekend and two mid-week messages. The church he founded in Bothell, Washington, has trained more than 500,000 people in evangelism. His joy now is helping pastors. He has coached thousands and offers coaching especially related to maturing a church and establish an evangelistic culture within a church community. Go to DougMurrenRadio.com or email Doug at [email protected] 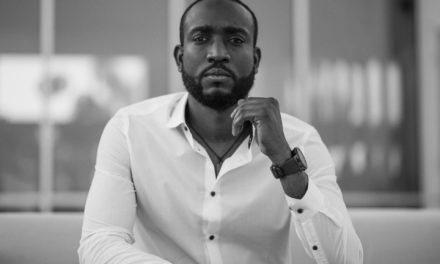 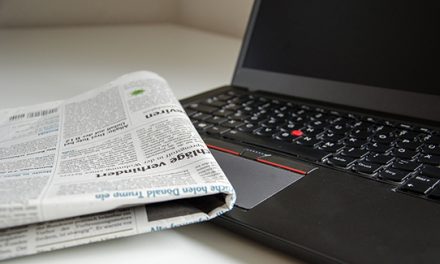 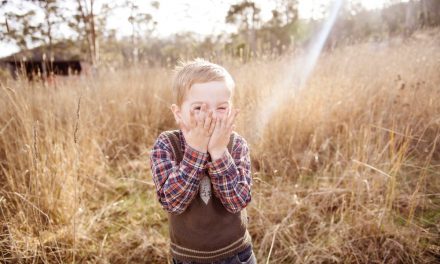