(Psssst…It’s What The Early Church Did)

My friend Dave Olson wrote a great book, The American Church in Crisis. A quick survey of the facts reveals the following:

The church is the greatest institution ever created on earth, and it is the only thing Jesus ever promised to build. What went wrong?

This was a Christian church fueled by faith, hope, and love. When the world can run to that kind of church, marriages are helped and healed; lost people’s lives and eternal destinies are changed; the poor are lifted; racial barriers are blown away; children, teens, singles, married people all find a family to belong to; and Christians discover the thrill of being used by God to change the world.

In other words, when the church is focused on Christ and fueled by hope, it is the most powerful force in the world.

Five characteristics marked those hope-filled early Christians. To the degree that we get these five things back into our churches today, we will again see the kinds of the things happen in our churches that happened in the early church. It worked once—it can happen again!

I love consulting with pastors and churches from around the world through my work with Thriving Churches International. Almost without exception, when we walk into one of these environments, the starting point for all future health and growth for them is to begin to believe that God has better days ahead for them.

When hope rises in the heart of a church, Christ’s followers get set free to dream and to believe that God has better days ahead. Hope raises the energy level of the congregation, and the people become far more positive. They start to say, “You know, this really could happen. Our best days really could be ahead!”

When a church and its people begin believing that God actually does have better days ahead, everything changes.

Our churches struggle today because we’ve developed a watered-down version of the Christian faith that looks nothing like the vibrant, life-changing, world-impacting, risk-taking faith of the early church. How did their faith unleash hope?

What a contrast! Far too much of the American church is a risk-averse, self-centered, inward-focused, nothing-changes-here organization. The contrast couldn’t be more dramatic. The main difference between these early believers and us is that they had a confident, risk-taking faith, and too often we don’t.

We once thrilled a neighboring church’s banker (and scared ours) when they called us for help and we backed their loan. They stopped meeting for a month, then I preached at a reopening service and five hundred fifty people showed up. It was a blast. The place looked packed. Hope rose. We helped the church find a great senior pastor. They grew. Hope grew. Three years later, they took over the loan again (our banker was thrilled). Then they bought the property next door. Now they run over one thousand in weekly attendance, filling that auditorium twice every Sunday morning. They are changing their community and meeting more needs than ever before.

A hope-fueled church took a God-honoring risk that resulted in another church recovering from a meltdown, growing, and serving a beautiful community filled with people who need Jesus. Sometimes to walk on water you have to climb out of the boat.

RELATED:
Who Do You Love?

The impact of our church was turned upside-down because of a Bible study in Newport Beach, California. I’d flown down to meet with a group of leaders to talk about the subject of why churches were so disconnected from their communities. To be blunt about it, you could close the doors of the average church in America and the community would never miss it, because they have so little connection to the community. We studied the early church’s pattern for affecting its community and I realized that, like almost every other church in America, our church had this all wrong.

Look at Acts 2:44–47. On version of verse 45 reads, “Selling their possessions and goods, they gave to anyone as he had need.” They had good deeds.

“Every day they continued to meet together in the temple courts. They broke bread in their homes and ate together with glad and sincere hearts” (verse 46). They had good will.

“Praise God and enjoying the favor of all the people. And the Lord added to their number daily those who were being saved” (verse 47). They shared Good News.

The early church’s pattern for impacting its community could not have been clearer. First, they started with good deeds. Selling their possessions and goods, they gave to anyone who had needs. That was their starting point. Those good deeds then led to good will: they had favor with God and with all the people. That is something the American church doesn’t have and hasn’t had for a while. In our study, we were shocked to comprehend these words. Their good deeds led to good will, and the very next verse reads, “And the Lord added to their number daily those who were being saved.” That’s good news. The early church’s pattern was that good deeds led to good will, which led to openness to the good news.

I realized that, like many pastors of American churches, I had reversed this pattern at Bayside. We had been trying to deliver the good news without good deeds. No wonder there was no good will. I got home, called the staff together, and said, “This is going to mess up our church in some very good ways. We’re switching things up because I believe the early church majored in unleashing compassion, and we have to pursue that pattern.”

That one meeting changed everything. We began doing all kinds of things that we had never done before, like

Both our staff and our people have made connections with individuals throughout the community that otherwise we likely never would have made. Hope-fueled churches unleash compassion.

An old joke represents for me the very kind of thing that the church needs to abandon if it is to change the perception of Christians. The joke goes like this:

Walking through a city late one night, I came upon a guy about to jump off a bridge. I said, “Wait a minute! Don’t you believe in God?”

“Really? Are you a Christian or a Jew?”

“Me, too! Protestant or Catholic?”

“Protestant,” answered the guy as he peered at the dark water far below.

“Me, too. Northern or Southern?”

“Me, too. Northern Conservative Baptist or Northern Liberal Baptist?”

I said, “Die, heretic!” and pushed him off the bridge.

RELATED:
Loving Your Neighbors and Neighborhood

What in the world did they discover in that room?

“He is risen” are the three words that give the Christian church the solid foundation of hope to offer to every person on the planet. Those three words signal that death is defeated—for you, for me, for everyone. Those three words let you know that anything is possible. Those three words give us our hope, and there is no situation and no person that cannot be fueled by hope. And resurrection always works best in cemeteries. CGM

This article is an excerpt from HQ: The Hope Quotient: Measure It. Raise It. You’ll Never Be the Same. Used by permission. 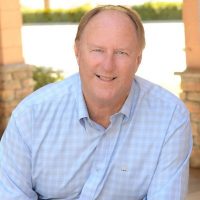 Pastor Ray Johnston has a rich and varied background as a university and graduate-school professor, speaker, writer and founder of Thrive Communications. He is also the founding pastor of Bayside Church in the Sacramento, Calif., suburb of Granite Bay. The next THRIVE Leadership Conference is April 30 – May 1, 2020. ThriveConference.org 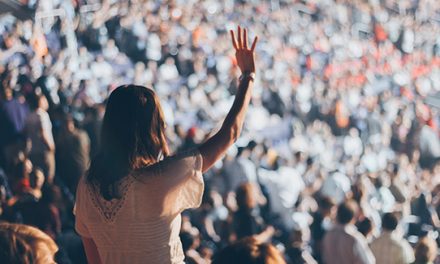 The Spirit of Justice 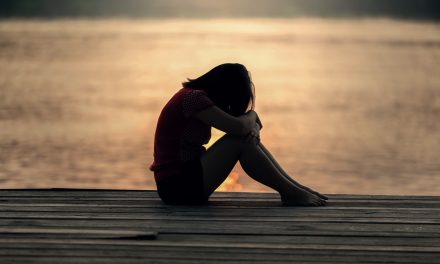